I just bought a 1983 KX250. It was at a very reasonable price. Runs great, started on 3rd kick. And it looked like it was taken care of. (The guy we bought it off of said he was afraid to ride it, And it does have a lot of power. )

Well. when i first jumped on it got into second gear and hit a wee little bump and it launched me to a standing position on the bike , i concluded the rear shock needed fixed. I have a Clymer Service manual for it. It helps, but not enough. It has a oil/nitrogen bottle on the side of it. And its empty.(or at least i think it is). It also has a damper clicker wheel on the shock.(i cant remember what its called) It has 4 settings on it, 1 being the softest, and 4 being the stiffest. Well... I cant find it. I found a big screw on the shock to tighten the spring, but no little nob. The service manual has a drawn picture of where it should be, but i don't see it. Any ideas of where it is, and if i need to refill the shock or fix it or what. Its kind of hard to ride when it launches you in the air on a bump.

Also it was missing the side number panels. I would like it to be there because it would make it look better. But i cant find them ANYWHERE, Not for an 83' at least. Does anyone know what years would be able to fit onto it? Or where i can find them? (i looked on Bike bandit, and epay, and Rockey mountain atv, and Dennis kirk. And i didn't find anything. Only front fenders, and front brake covers. Ideas?

Also i cant seem to find any info or reviews on this bike. Anyone know where i can get some info?

Overall i am VERY happy with it. Even for an 83' KX250 it doesn't look as old as you would think it would. And it runs REALLY well. Fast, good bottom end, and good power delivery. FAST!!! And i am happy that i have a "real" dirt bike.

Here are some pictures of this BEAST!!! ;) 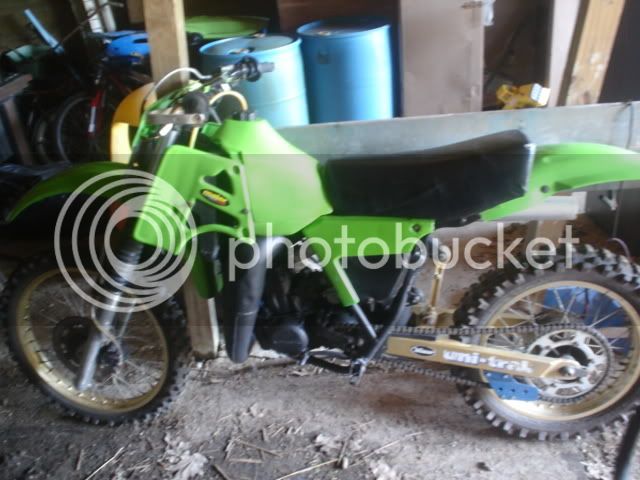 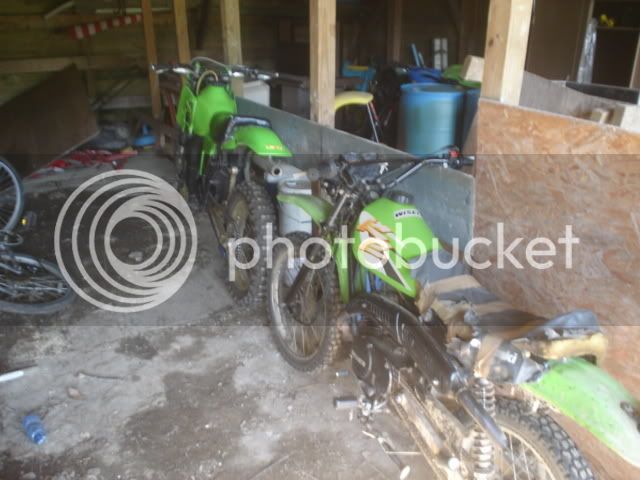 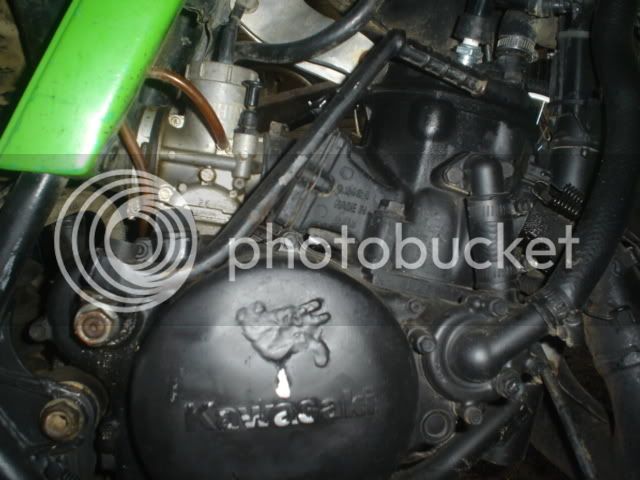 It doesnt look like you will be able to get new reproduced side panels. Also those shock knobs usually were plastic and would break and fall off after a period of time and leave just a screw.

I believe this is a picture of a complete 83' and it doesnt look like there are much of side panels on that year at all. Maybe fabricate something. http://www.bikepics.com/kawasaki/kx250/83/pics.asp

Yea in the early eighties Kawasaki rear number plates were part of the rear fender as the pics from Slickpuss show.That classic bike looks in great shape.

oh.. hmm, mabey i can modify a new style plate to fit. But we'll see what happens.
Im more worried about the back sespension though... What do you think?

And a am still surprised on how nice condition this bike is for its age. 24 years old, and still kicking.

But the guy who originally bought it kept it for along time. And didn't really ride it. He then sold it (at the age of 53) to the last guy who owned it. He had it for 4 years. And he was afraid to ride it. I'm the 3rd owner. (Cant wait to ride it tomorrow)
www.myspace.com/whenshrubsattack

Thats a good lookin 83! The tank is not faded at all, someone must have drained the gas the whole time it sat. My 85 125's tank was faded pretty good.
Try www.bikebandit.com for your rear fender assembly, they have it listed= part # 581379-001

It will be listed under OEM parts and is a little pricey but it's probably the only way your gona find one that old.

And upon really close inspection (my mom scanning it over with an eagle eye) you could tell it was painted. But they did a really good job, it has 1 knick and a crack on the front fender, but thats it. Ill probebley get some nice graphics for it eventually. But we will see.. Its still in very nice condition, and i'm very happy with it.

Thanks for the reply's but still nutting on the rear shock?
www.myspace.com/whenshrubsattack