Hi ! I am a new member as of . . .well, just now.
I decided a year ago that I was going to get a dirt bike and ride it for some stress relief (not like when I was young, "if ya don't crash every day you're going too slow"), so I bought a 84 YZ250. Most of the small pieces were in a bucket but I was able to trade it and a few $$$ for an IT465 and an IT250, both were around 80-81, I don't recall because I sold them before I even rode them for a tidy profit. Then I bought a Honda XR500R cannot recall what year either but I believe it was the last year for the 500. And once again, sold almost instantly.
So now it is a year later and I bought a 1984 IT 250.
BUT this time I bought it from the original owner. It comes with the original sales invoice, registration, owner's manual, etc. so as soon as I get the required safety crap done, I can register it for on road use !

The problem is the missing engine cylinder and head ! Apparently they stopped making new ones for it ! If I at least had the old pieces I might be able to get new ones made.
Were there any other cylinders (1983 YZ250 for instance) that would work for this engine?
Any idea where I can source these parts, new or used ? I think I should probably replace the piston as well.
If I get stuck with this too long, I have some electric motors and controllers, maybe convert it to an EV.

Good luck with it, pretty cool that you got it from the original owner. First you need to find out how many years of the IT used the same parts and then go from there. Just off the top of my head, very little changed on the 250 from 77-84, which I think was the last year?
"Aspire to be less wrong" .... Elon Musk.
Please Support DirtRider.Net Donate

Problem is, where do I find that information? I know the YZ and IT shared engine cases but I believe the cylinders were ported differently, which does not concern me actually. There's LOADS of 77 up to 81 cylinders and heads online but I just don't know if they will work
Likes: The Redrider

It and Yz's are different animals. From 1982 up the Yzed was liquid cooled, the IT's were all air cooled. Now if you groovie IT's cylinder is cashed, call up LA sleeve, and send off your cylinders and piston, and with some cash flow you could be hooked up. As for electric dirt bikes, I would say no, why you ask? Those soon to be classic dirt bikes would not be worth a penny electrified? Why would you do that any way? No Bueno!!! Keep it stock. Call Dc plastics for your fresh number plates and fenders, and the rest you can source on ebay! 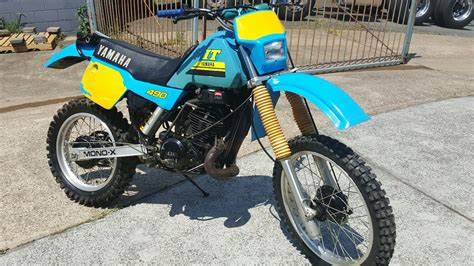 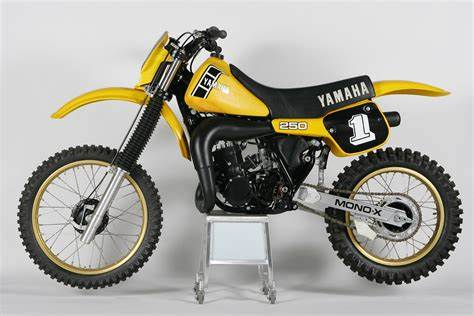