I'd ask him/her for the serial number before anything else. Run it to make sure it's not reported stolen and also determine the date of mfg. I don't recall if the date was printed on my 01 YZF 250 (where you see the 01/02 on this pic), but it looks to be the date? If so, that's a old one.... (second year for the WR).

The frame looks like it has most of the paint (where boots would rub), cases dont show much scuffing (also from boots) so it "looks" like it might be low hours. Original plastic which is a good sign. The graphics are all original as well (the yellowing on the tank graphic is from fuel vapor leaching out of the plastic... typical.

Hard to say with just some pics, but it looks pretty decent. I have no idea if the price is right, especially in Canada.

There are plenty of THREADS about the differences between a YZF and a WRF.
"Aspire to be less wrong" .... Elon Musk.
Please Support DirtRider.Net Donate 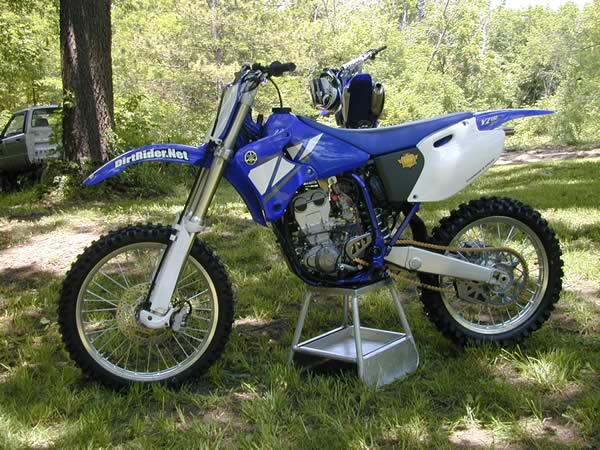