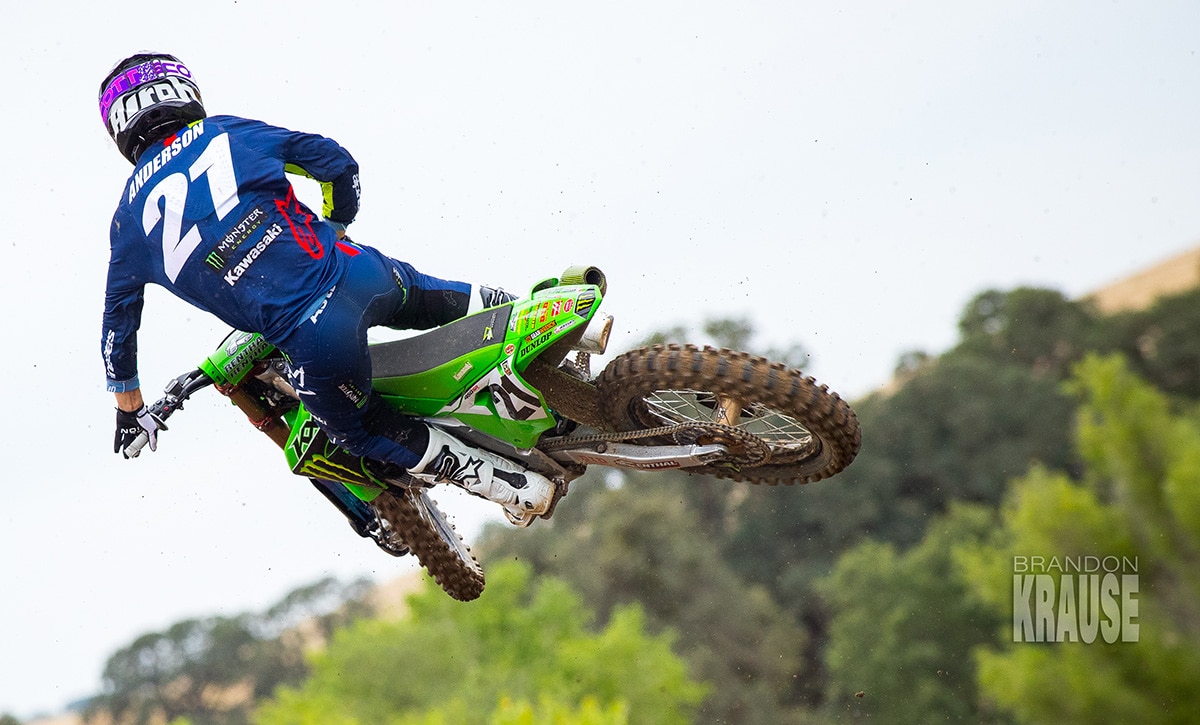 After the dominant performance from the Honda quartette of Chase Sexton, Ken Roczen, Jett Lawrence and Hunter Lawrence at Fox Raceway, the Hangtown National at Prairie City in Sacramento, California was targeted for redemption for virtually every other team. The man who emerged from it all on top was Jason Anderson, who captured his first overall win in the AMA outdoor nationals after 12 years of trying. It wasn’t easy, though. His 1-3 score topped Chase Sexton’s 2-2 score by virtue of the extra point given for a moto win. He had none other than Eli Tomac to thank for that point, ...