Thought maybe you might all like to see this. I've had an FMF rev pipe and Turbine Core II silencer on my bike for a little over a year now. When putting it all on it took a bit of uuumf to get the front silencer mount up to the proper position. Nothing much, just lifting on the silencer while getting the bolt started. Looks now like there was a little too much stress over time from doing that. 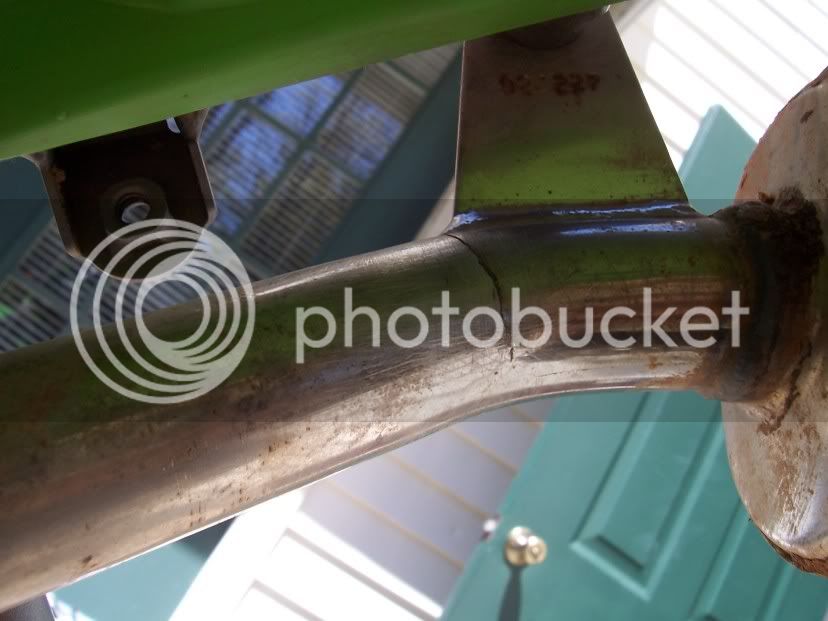 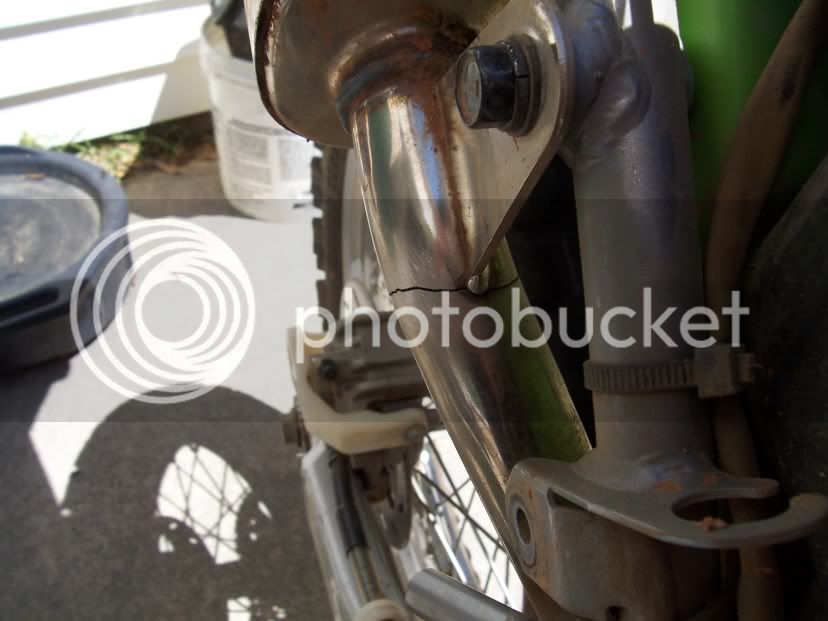 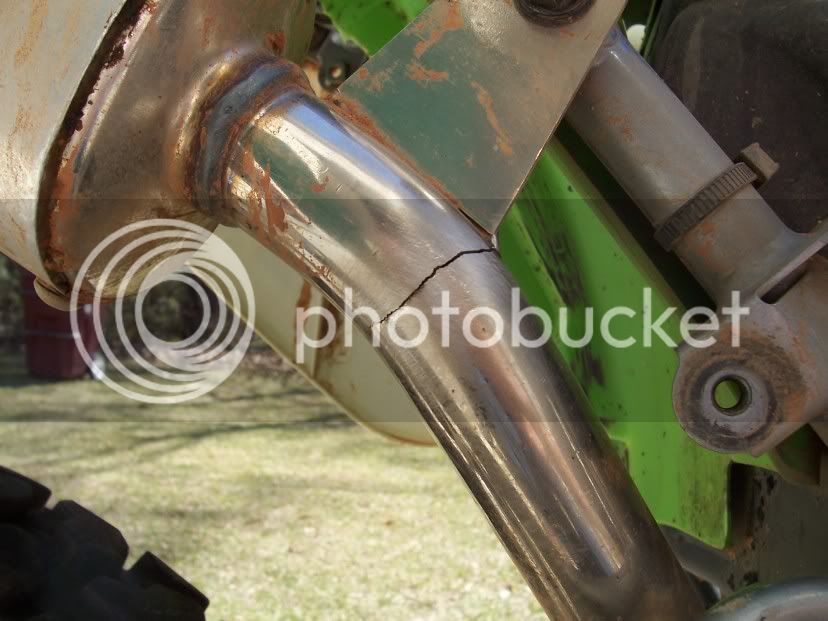 I tack welded it with the silencer still mounted, so now it fits just right. :)

Then I took it off and threw the stocker back on. Man is that thing a whole lot heavier! I figure since 95% of my riding has been on the street lately I might as well make it quieter and save the lighter can for when I go racing.

By the way, that's not rust on everything, it's good ol Georgia clay (and a pain in the arse to clean off).

Gotta love GA clay! :laugh: NOT!
Pain in the arse to get off white boots and riding clothes too!

Adam where have you gotten to ride? Just DP?

Weird about your silencer :coocoo:

I'd like to make the Highland Point ride tomorrow, but not sure the family wants to drive 2 hours for it. :(

I've ridden at DP once and other than that it's just been roads around Statesboro here. I've barely been in Gerogia though, work has had me traveling a ton. I just got back from Sweden yesterday, and I might have to go to Mexico Monday. I love how all these trips come down to just one or two days notice!

I thought about doing the Highland thing (I saw the posts on GOR), but I think I might just lay low and enjoy being home. If I'm around next weekend I'm definitly going riding somewhere though!


It's different riding with the stock silencer now. At lower rpm it's much quieter, but once the power valve opens it sounds the same, all the noise from the expansion chamber. I'm sure to someone not on the bike it is quieter though.
And to all those that say there is no power difference, no way. Throttle response down low was greatly effected, even after playing with the air screw (pilot seems fine, I'm getting best response at 1 3/4 turns out). And it does not seem to rev through each gear as quickly. I went back and forth between the two, and the stocker is just slower. There is a corner just down the road that I can powerslide through in 5th with the FMF, it won't even think about it with the stocker on there, it hardly wants to slide around in 4th. Maybe it's all that extra weight on the back getting it to hook better. :)
Seriously though, I see a pretty big difference between the stocker and the FMF. My bike is fairly heavily modded though.

I had the same one TCII but mine broke at the weld and I had a buddy re-weld it for me. That was only after maybe three months...

Mine also broke at the weld but luckly I have a welder.
Mac
00-KDX-225

My TCII came with some rubber bushings and a spacer to go between the frame and pipe at the bolt points. I would have really had to force it without them.

typical fmf crap .personally i will never buy any thing of their's again.

It makes you wonder if they are just mass producing the pipes and dont have the proper quality controls in place .

Glad I have a Pro Circuit , took 10 minutes to fit and fits perfectly .

Dude, mine broke (FMF Turbine core 2) in exactly the same place. FMF may have their calculations off a bit. The crack in mine was only about one third of the circumference. I also have a small amount of leakage where the pipe fits into the cylinder, but I am sure some RTV silicone will remedy the problem.( the FMF Gnarly pipe, Woods version) Good luck... R. Shane Dudley Hallsboro, NC

The end cap and internals of my FMF turbine core fell off and self destructed after only about 6 months of use. I havent had any problems with my fmf pipes, but the way this silencer fell apart is garbage. The PC silencer I had didnt look as nice and was longer, but it sure didnt fall apart. I think Im going to have to try a different brand next time.

I guess pretty just doesnt cut it. Or maybe they just havent been getting much feedback from users.

turbine core 2, 3 years old here buuttt!! it RUBBER MOUNTED on all points. vibration is what kills this is why the pipe is mounted with rubber mounts and springs. The original post picture it is clear that no rubber mount is present. vibration breaks thats the norm mounting metal to metal.

I second the vibration thing. I really doubt it was weight that broke it or it would have broke behind the mount.

I second that vibration is responsable for the braking. Vibration is a killing machine on some things.

Same here, broke after one year in the exact same place. I welded mine back together but not everyone has that option. FMF needs to step up and cure the problem, be it rubber mounted or better QC I cant tell you, but it appears many of these silencers are breaking.
You must log in or register to reply here.
Share: Facebook Twitter Reddit Pinterest WhatsApp Email