I'm in the process of rebuilding the engine on a new-to-me 93' KDX 200, and in the process I've found that it's running a Koso 34mm carb. (Pictures Below)
**Let me know if there are anymore pictures that would be beneficial**

Backstory:
I bought the bike running, but with transmission issues (5th Gear on the input shaft is locked up). It started up easily, idled well, revved well, but I could not run under load or WOT. From what I could tell the previous owner did not realize it had transmission issues when he bought it non-running, and once he got it going he bailed. I believe he was the one who installed this carb, and never had a chance to actually ride it.

Questions:
1. Is there a way to identify the current size jets if they are not marked?
2. Do these jets look similar the the Keihin jets this carb is modeled after?
3. If the bike idled well with the current jetting will it suffice until the piston/rings are broken in?
4. Any suggestions on a base jetting to start with if I need to buy new jets?
5. Is this carb going to seriously hurt performance enough that it'd be worth a couple hundred to find a stock carb? 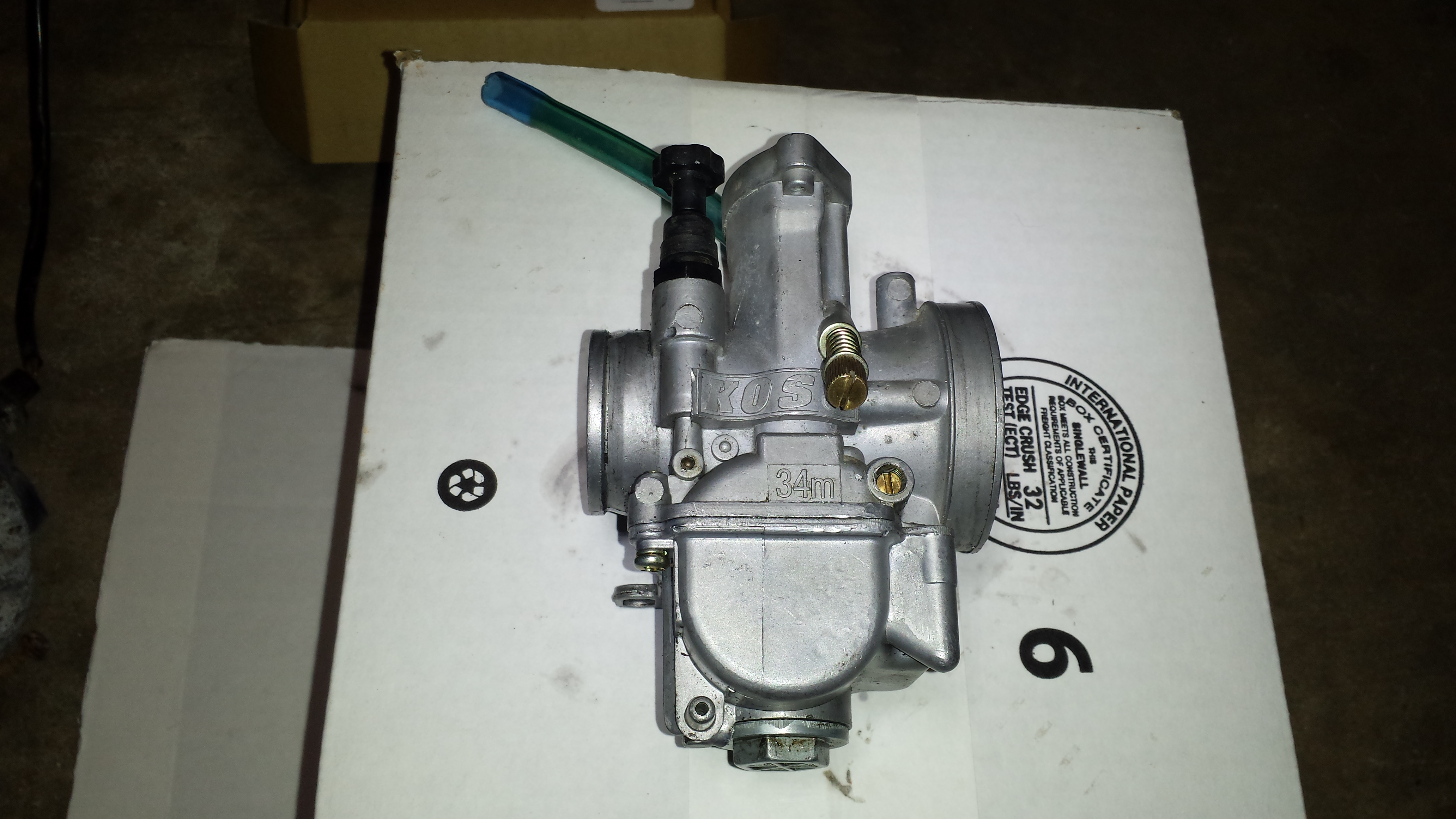 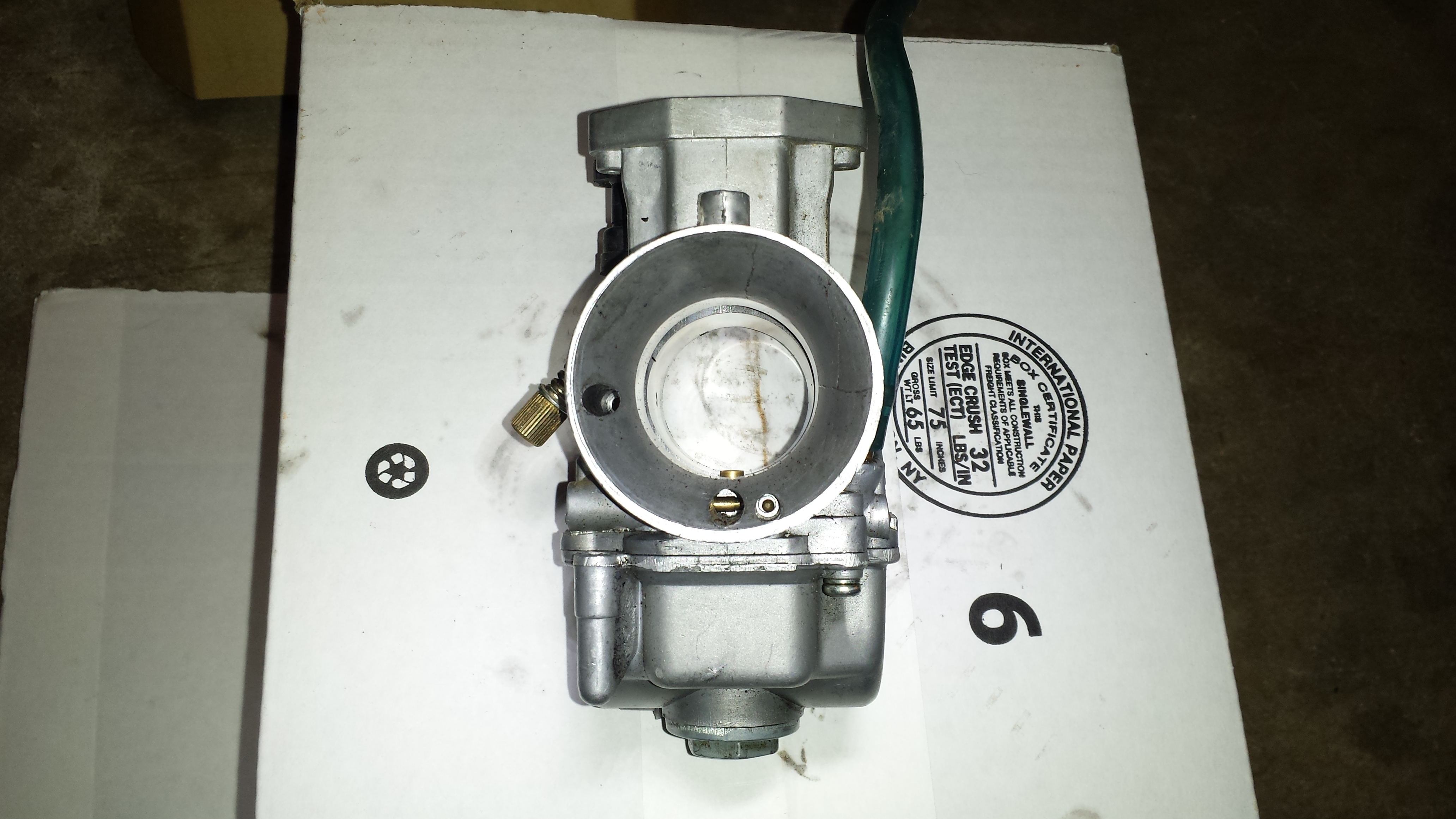 The Hex is 8mm for scale 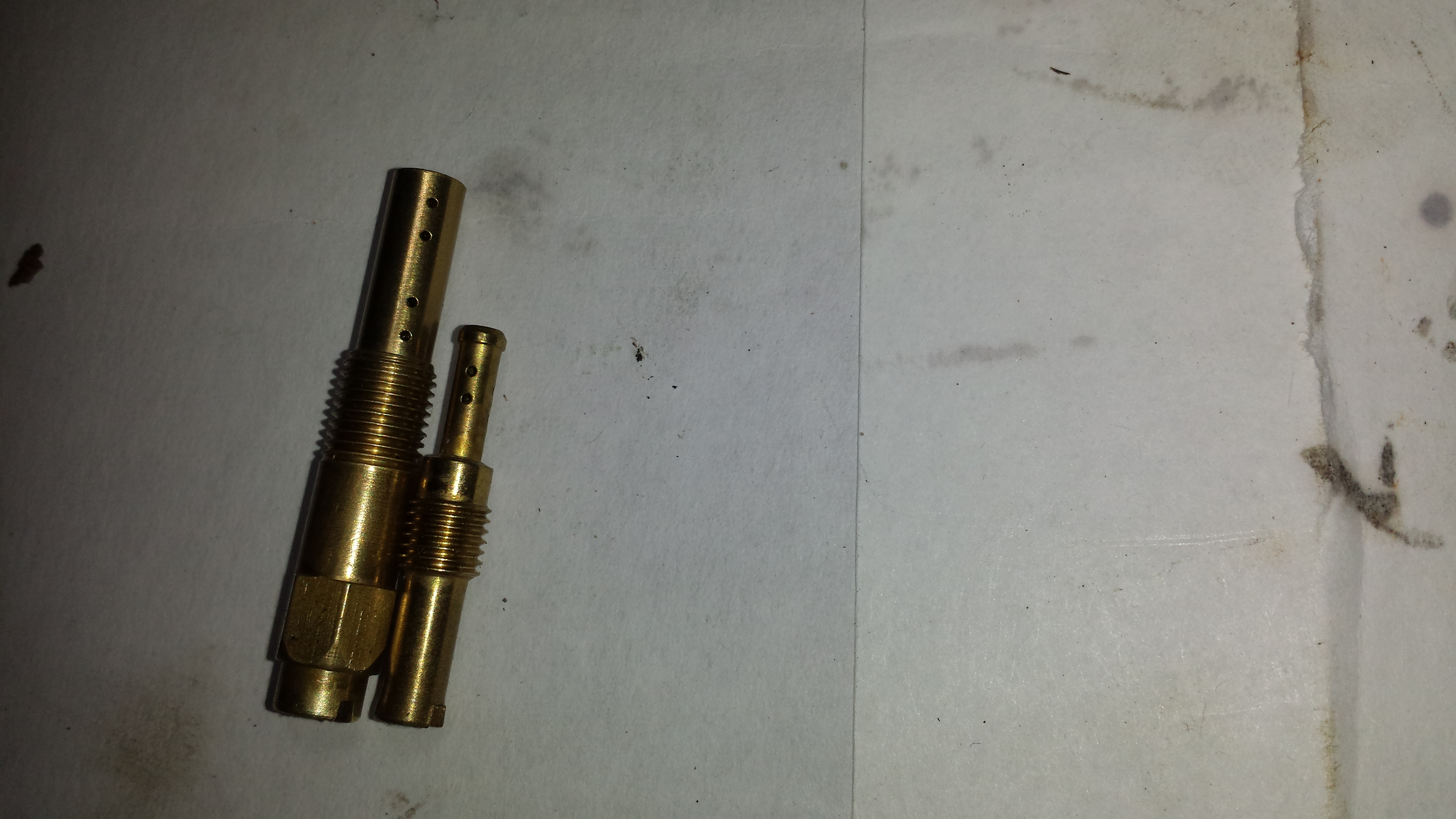 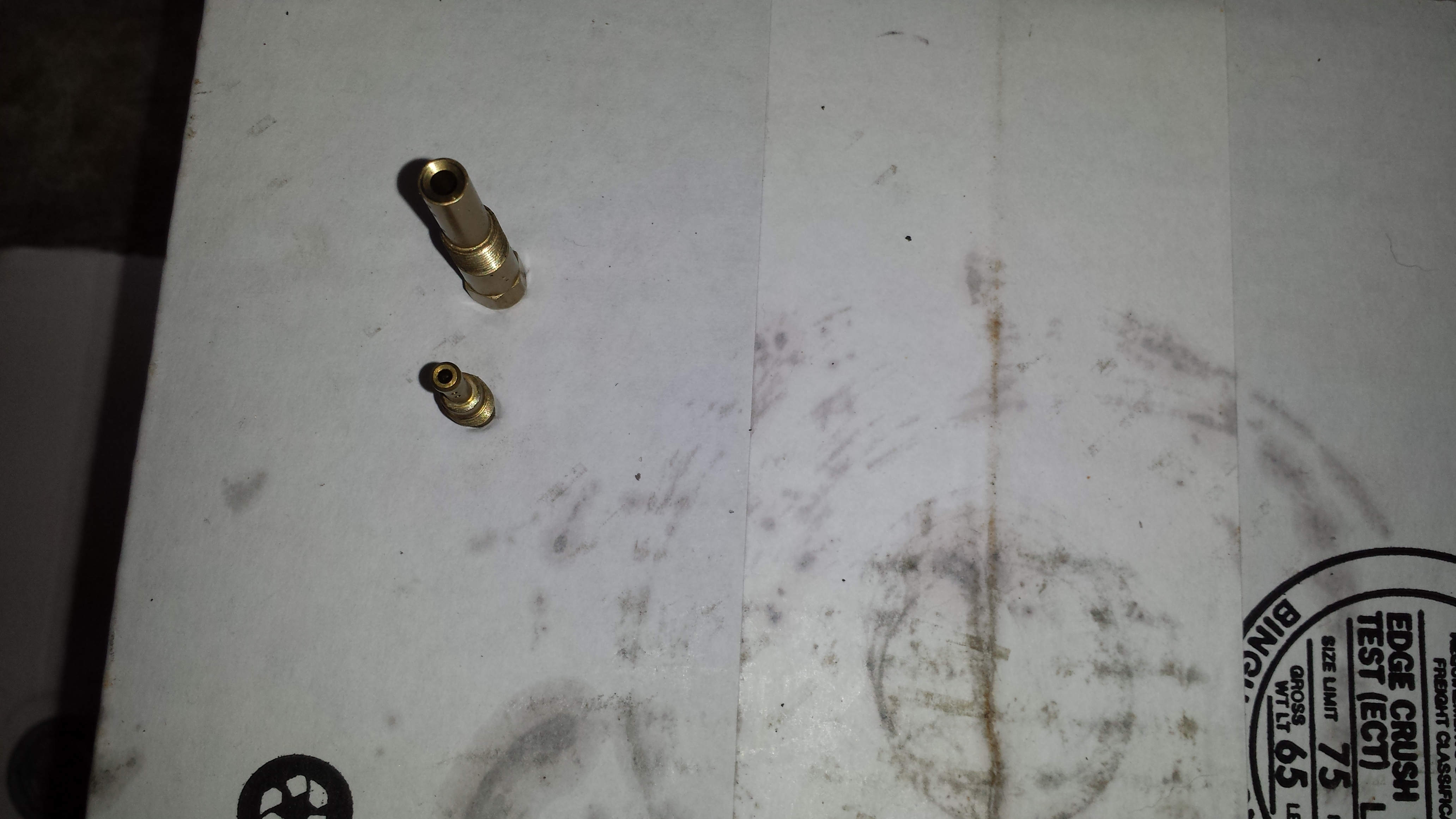 I forgot to mention in the original post I'm in central NC... somewhere around 300' above sea level.

I also have a terrible video of the bike idling/revving the day I purchased it.
*Disclaimer* I did not have enough hands as the bike did not have a neutral so I had to hold the clutch, phone, and twist the throttle.

I just realized that the main jet of your Koso carb does not match that of all the main jets I see available online for the Koso and the Keihin. Let me know if you find a source for them.
Meanwhile you may have to use a micro drill bit set to drill out your main jet to the size hole you want. If you need it to be leaner than what it is now then you first have to put it over a flame for 20 seconds and then put solder into its hole to fill it. Then drill a hole thru the solder.
Here's a set of bits you can use:
Carbide Drill Bits, $11.72, 1.4 to 1.9mm in steps of .05mm
http://drillbitsunlimited.com/Carbide-Drill-Bit-Variety-Set-C2-P4289914.aspx
2 Stroke Design Spreadsheets, 2 Stroke Tuners Info
My last two bikes: '89 Honda CR250R (stock), '89 KDX200SR with PC pipe.

Well I think I got ahead of myself, and ordered an air striker 36mm on ebay. Now I'm realizing that the cap is not interchangeable with my current setup, and also wondering if it'll need to be jetted the same as recommended above. Will a standard cap work, or am I going to need a factory KDX cap with the bent throttle tube?

Looking at it a bit more... I may just throw it back on ebay, and buy the main/needle for the 34mm.

I'm very interested in how the Koso turns out because on my site I recommend the Mikuni 34mm as an upgrade for the KDX2300SR but the Koso is much less costly. So if it works out good for you then I can recommend it. Are the outer diameters of the inlet/outlet 39mm/54mm? Since the stock Keihin carb has diameters 42mm/59mm I'd like to know how the Koso fits in the rubber manifolds that are made for the Keihin sizing.
2 Stroke Design Spreadsheets, 2 Stroke Tuners Info
My last two bikes: '89 Honda CR250R (stock), '89 KDX200SR with PC pipe.

I had to buy a pod filter instead of running the airbox as inlet is 54mm...along with it not lining up 100%. I did not measure the outlet, but it looks like the previous owner just used a butchered radiator hose. That's my main concern with trying the PWK36... Ill need a new filter, inlet hose, cap, and probably main/slow jets.

the manifold #s and costs are on my site: http://www.dragonfly75.com/moto/SR.html
a pod filter will allow muddy water to enter the engine and wear down the bearings.
2 Stroke Design Spreadsheets, 2 Stroke Tuners Info
My last two bikes: '89 Honda CR250R (stock), '89 KDX200SR with PC pipe.

I'm not to worried about muddy water as I'll mainly be riding sandy fire roads, fields, and light trail riding. Most of my riding friends either ride motorcross, SM, or modded pitbikes.