You are using an out of date browser. It may not display this or other websites correctly.
You should upgrade or use an alternative browser.
T

first I'd like to clarify some things, I have no experience in dirt bikes but always wanted one so a couple of years ago I bought 2004 (as the seller claimed) kawasaki kdx250 I wanted to get into dirt bike and it seemed like a good bike, anyway when I got the bike it was in working condition so I went out and tried it, works great. I got it back home and a couple of days later tried to start it it won't start.
So I took it to the shop and got it fixed took a ride near the shop to check if it works it was fine they said it only needed new spark plug which the seller told me it might.
I loaded it up and took it home a week later I took it out for a ride with a friend loaded it poorly on its side (didn't know any better) and when I got there I tried to start it and it won't start. So I got back home frustrated and disappointed I left it in the back of the house and it stayed there.

Fast forward 2 years I decided to see if I can fix it so I started reading online here is what I've tried so far:
I thought it might be flooded since the gas was turned on for 2 years. So I checked the the gas in the tank still smells like gas and feels like one so I didn't change it. The oil looked new to so I topped it off. And I also changed the coolant. There is more to be done but I just want to see if I can get it to work. And it didn't.
I pulled the carb out and cleaned it the flote was stuck so I checked the needle valve and it looked good and the pilot jet was clogged so I cleaned it. Reseated the needle valve and floaters they function as they should. The I put the carb back in place (the only things connected were the air intake, engine intake, the gas tube, and the thing that comes from the throttle) . After that I tried to start it and it won't.
So I took the spark plug out to check if it sparks and it was very wet with something black clearly not oil I cleaned it and tested it and it does spark (a blue spark). I put it back in and tried to start ir it doesn't start.
Now my only guess is maybe the compression is bad but I don't know how to test that. Even though 2 years ago it was working so I don't think it's an engine proplem.

There is a couple of things that I have no idea what is there function:
1 there is a tube coming out of the connection between the carb and the engine connected to nothing.
2 and there is a green tank right under the gas tank which seems to have oil but I didn't mess with it.

Any ideas how to proceed from here. My motivation is taking a nosedive right now, and I've decided before starting this if I could fix it by myself I'll keep it if take it to the shop I'm selling it and never look back.
The vin number says "Dx250f-009532" only.
Here are some photos

Theazezo221 said:
So I checked the the gas in the tank still smells like gas and feels like one so I didn't change it.
Click to expand...

Wrong. Flush the gas tank, put new gas in it.


Theazezo221 said:
cleaned it and tested it and it does spark
Click to expand...

Replace the spark plug. Spark outside the cylinder doesn't tell the whole story.

Theazezo221 said:
there is a green tank right under the gas tank
Click to expand...

Pull the tank (and flush it)... it looks like an oversized tank; the green you see is probably part of the tank.


Theazezo221 said:
Now my only guess is maybe the compression is bad
Click to expand...

Does it feel like it has compression when you kick it over? Take it to the shop, have them test it.

Where are you located (country) ? 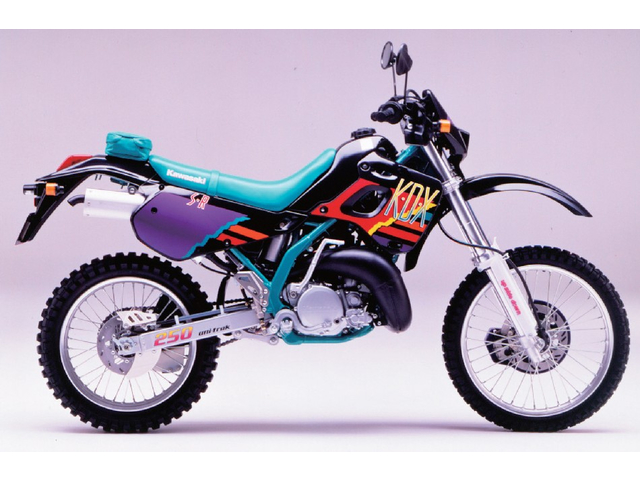 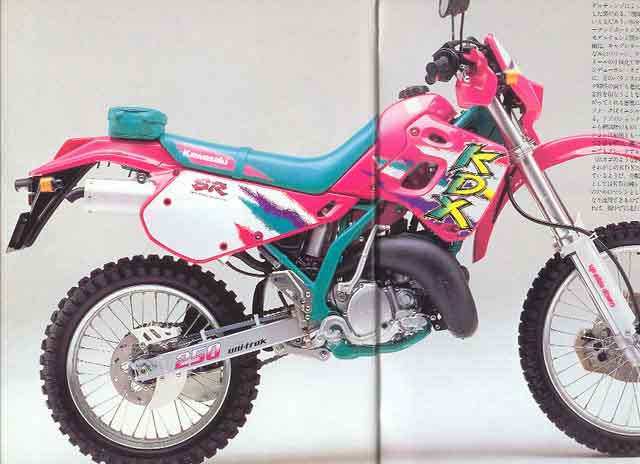 Same guys, rebuilding it. Should provide some useful visuals for you.

Your Internet-Fu is on point today, Okie!
TNT Motorsports
T

Okiewan said:
Same guys, rebuilding it. Should provide some useful visuals for you.

Thank you the videos are very helpful.
1992 that's what I found after looking online very unfortunate but nonetheless lesson learned.
As far as what I'm planning to do next I'll drain the tank and put new mix in it and clamp the hose from the green tank. And give it a shot. Maybe even clean the carb again.
I live in Saudi Arabia so probably not a model you'd find in the US.

If there is any ethanol in the fuel it will gum up the carb really good. You would probably need to replace the jets as you may not be able to get them clean enough.

Also, check your reeds. If they are blown out it will cause problems as well. They should be flush against the reed block and not curled, cracked or anything.

I changed the gas and oil tank and cleaned the carb again. It still won't start.

I'm running out of Ideas here I have gas spark air and the only reason I'm rolling out compression is that the bike worked fine before then it ran out of gas and didn't start again, so it's no likely to be an engine problem right?

Also what causes bad compression does the carb has to do with that tha gasket had a bit of a crack in it?

It depends on how lean things got when it ran out of gas. If the rings go bad it will lose compression but that happens slowly over times.

I recommend checking the reeds (block that goes into the cylinder from the carb). The reed pedals can blow at any time depending on how old they are or just crack or running out of gas could have just messed it up enough.

truespode said:
I recommend checking the reeds (block that goes into the cylinder from the carb).
Click to expand...

That does not happen often
TNT Motorsports
T

It turns out after watching a random video on YouTube that I didn't assemble tha carburetor correctly I had the float setting untop of the needle valve not attached to it. Therefore the gas was not getting in.

I fixed that and changed the gasket whit RTV gasket maker and let it set till next day.

Then when I try to start it sounded promising then a very weird sound came from the engine kind like a gun shot not an engine sound I got scared and stopped for a bit. A few minutes later I tried again and it backfired, I said dang it I'll try until one of us die. Full throttle it started properly for a split second and stopped. Somehow I ran out of gas?? I had plenty in there where did it go? Anyway I poured more gas and it turned to be leaking from the carburetor overflow. I tryed to turn it on anyway it only runs in full throttle for a sec. So I knew that my pilot jet is properly clogged. I took the carb out and it was a mess in there the rtv was everywhere. And the float was stuck to rtv I cleaned everything and applied rtv again but in much smaller quantity and I'm waiting for it to dry.

Another interesting thing happened while I was kicking the engine. My bike has a light high and low switch, for some reason I turned high beam on then when I kicked the engine my dash lights would turn (I have three lights in my dash high beam neutral and oil) the neutral and high beam would turn when I switch to low beam none of them light up.

Anyway my motivation just skyrocketed and I can't wait to try it tomorrow.

Also I disconnected the oil injection cause I'm not sure if it works properly.

On old bikes you should always put soapy water on the left crank seal, take the spark plug out, and crank the engine over while looking for bubbles to form at the seal. Those bubbles indicate you are losing compression at the seal.
Also backfire-like noise can be caused by a blown head gasket.
2 Stroke Design Spreadsheets, 2 Stroke Tuners Info
My last two bikes: '89 Honda CR250R (stock), '89 KDX200SR with PC pipe.
T

K
Suggestion For A Non-starter